Share
Henning Bendtsen was director of photography on Ordet and Gertrud. In addition, he photographed around 100 Danish shorts, documentaries and features.

Henning Bendtsen grew up in Copenhagen. After graduating lower secondary school at Østre Borgerdyd Skole, he got a degree in advertising photography in 1945. He was hired by Minerva Film (1946-51), where he shot short films, including corporate profiles and newsreels. Bendtsen left for Palladium (1951-58), where he shot features. For the rest of his career he was a freelancer. Bendtsen took several long breaks from practicing cinematography. He taught at the National Film School of Denmark (1967-70) and managed the drive-in cinema Bil-Bio in Rødovre (1971-82). He was a member of Filmrådet (The Danish Film Council) from 1964-68 and co-founded Dansk Filmfotograf Forbund (The Danish Cinematographers Guild) in 1955.

Bendtsen made his debut as a feature film cinematographer in 1953 on Svend Methling’s Hejrenæs. His career provided him with a broad range of assignments in many different genres and varying degrees of technical difficulty. His films with Dreyer and Lars von Trier were big technical challenges, as was Sorte Shara (1961), the first Danish film shot in wide-screen (kinoskop) format. Bendtsen also plied his craft in lighter genres, shooting a number of comedies, including Tante Tut fra Paris (1956), Bussen (1963) and Soldaterkammerater på bjørnetjeneste (1968). Personally, he always pointed to films like Paw (1959), Naboerne (1966) and Ulvetid (1981) when he was asked to mention his most successful films, besides the ones by Dreyer or von Trier. For television, he shot Smuglerne (1970), a popular drama series penned by Leif Panduro. Late in his career, in 1992, he was the videographer of a visual presentation, Vision Danmark, for the Universal Exposition in Seville. In 1999 he exhibited stills from the video and a slide show, Fotografiske billedrytmer (Photographic Pictorial Rhythms).

Bendtsen was 29 when Dreyer hired him to photograph Ordet. The director had a hard time articulating the style of photography that he wanted, but he had hundreds of clippings, drawings, etc., to give Bendtsen an idea of where he wanted to go. Bendtsen later said this was actually more confusing than helpful, so he tried out a few different things until they both agreed on a style. Shooting on location in Vedersø Klit was often difficult. Bad weather and the tiny low-ceilinged rooms were big problems for the DP and the sound people, but Dreyer insisted on authenticity. In Bendtsen’s opinion, Dreyer was an odd director who didn’t know how to do things, but he had a vision and he knew how he wanted the finished film to look.

Nine years later, in 1964, Bendtsen again served as Dreyer’s cinematographer, on the director’s last film, Gertrud. Dreyer would have preferred to shoot Gertrud in one long uninterrupted take, but for technical reasons that was impossible, since a reel only contained 11 minutes of film. Gertrud’s scenes are still unusually long, however, which was extremely demanding on the DP as well as the actors. Dreyer’s main demand in terms of visual construction centred on the characters, particularly the lighting of their faces. That demand was richly honoured in Gertrud. Dreyer also planned to have Bendtsen photograph his never-made Jesus film.

Bendtsen met Lars von Trier at the National Film School of Denmark when Bendtsen gave a lecture on Dreyer. Von Trier hired Bendtsen to be his DP on Epidemic and later on the technically experimental Europa, which was Bendtsen’s last work on a feature. When Gertrud finished shooting, Dreyer had given Bendtsen his tuxedo (made in Paris, 1926, by a Danish tailor). Then, when Bendtsen finished shooting Epidemic, he passed it on to von Trier. The tuxedo today is in the collection of the Danish Film Institute. Bendtsen in 1987 had this to say about von Trier: "Talent-wise he is a new Carl Th. Dreyer for me. Though just 30, he is professionally very mature and overall there is much about his person that reminds me of Dreyer."

Bendtsen is considered one of the best cinematographers of his generation. He is also the most honoured. He had a fondness for location shooting and filming animals, witness Paw and Ulvetid. His best-known films are unquestionably the two he shot for Dreyer. As he put it, "There is only Dreyer for me. Nothing else counts."

In Denmark Bendtsen won a Bodil for Paw and an honorary Bodil in 1996, a Robert for Europa (which also won three awards at Cannes 1991, including the technical prize), plus a DKK 10,000 prize from Filmfonden in 1964 for Gertrud. In 1992, he was made an honorary member of Dansk Filmfotograf Forbund. 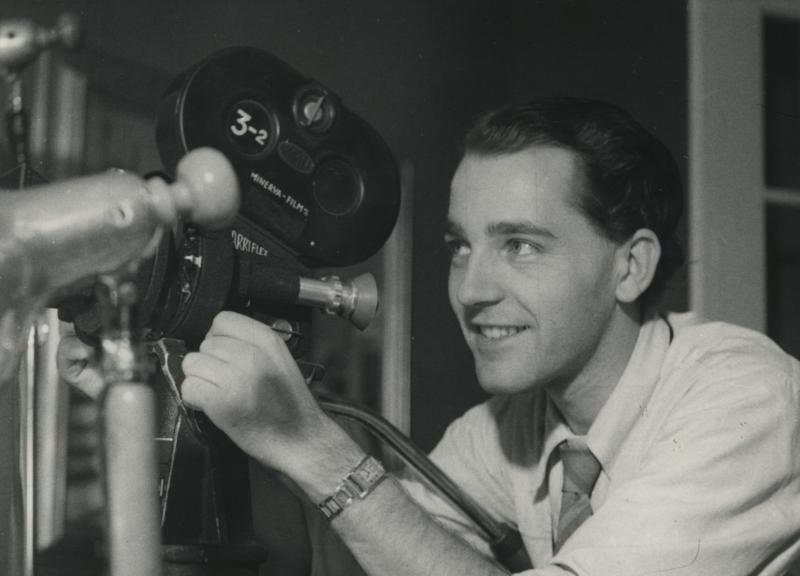