A notorious international lady criminal, Mrs Valentine Kempel, has taken an apartment in the centre of the city, decorating it with mad luxury. From her nest she spreads her web of intrigue over the city and woe the poor victims caught in it. She got her nickname, "The Predator Spider," for a reason. Her latest victim is a young artist, Charlie Falkenberg, who is as naïve and romantic as a child. Using her feminine wiles, she turns the young man’s head around so completely that he is prepared to die for her.

To trick him into committing a crime, she pressures Charlie to forge his wealthy merchant brother’s signature on a bill of exchange, but Charlie refuses and chooses death by his own hand rather than the shame of facing the Predator Spider again. Vowing to avenge his brother’s death, the merchant Falkenberg hires a detective, Asbjørn Krag. Hearing about this from her network of spies, the Predator Spider plans to smear the merchant Falkenberg as a card sharp, but her plot is foiled thanks to the nimble wits of detective Krag. 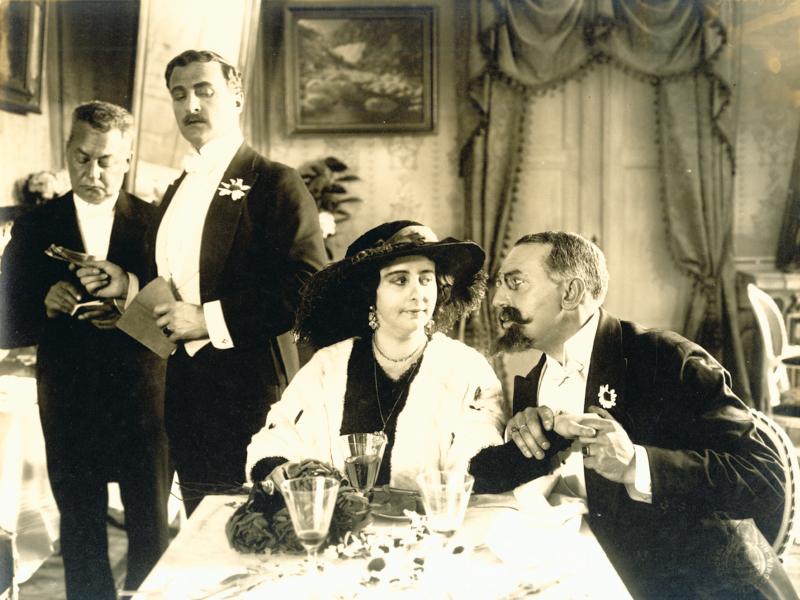 FRAGMENT | The titular villain is an infamous international criminal, Mrs Valentin Kempel, known as “The Predator Spider” due to her habit of ensnaring innocent victims in her web. Men are enchanted by her, and she uses this to coerce them into taking part in her criminal activities.

Watch the fragment of the film on Danish Silent Film.